Republished with permission from Built to Sell Inc.

Those days are almost over.

In a world where anything is available at the click of a mouse, the fact that you’re local means very little. To build a valuable company, you need to go beyond your physical location as a point of differentiation and cultivate a new value proposition. We refer to this process as improving your “Monopoly Control.” The name is inspired by Warren Buffett, who likes to invest in companies with a wide “competitive moat” — essentially a defendable point of differentiation.

While being a local provider may have gotten you into business, it’s not going to be enough to get you out for a decent multiple. To build a valuable company someone may want to buy one day, you need a fresh sales angle.

Take a look at the journey of Mehul Sheth, who went from a middleman to the owner of an eight-figure business. Sheth started VMS Aircraft in 1995 as a distributor of airline parts. He offered a “one-stop shop” for airlines and their maintenance crews to find parts and accessories.

VMS was the local distributor and survived on gross margins of 22–23%. It was a subsistence living, and Sheth was determined to build a more valuable company. He decided to evolve his value proposition from just being the local warehouse for distributing other people’s stuff to a sophisticated provider of advanced materials. Sheth chose to focus on the materials that airlines need to be stored and handled meticulously. If the safety of your metal tube flying 300 people 40,000 feet in the air is determined by the quality of a seam of metal, you want that steel to be handled carefully. You also want the sealant that joins the sheet of metal kept at a temperature that maximizes its adhesiveness. You may also want your rivets stored with the same care a surgeon uses to put away her scalpel after performing life-saving surgery.

Sheth invested in a clean room that minimized dust at his facility. He bought dry ice containers so certain materials could be stored in a cold environment, maximizing their effectiveness. He also repackaged materials into smaller containers so that an airline that only needed a small amount of a particular material didn’t need to buy an entire tub.

Sheth’s evolution from simple reseller to value-added provider fueled his gross margins to 60–70%. Along the way, Sheth attracted a French company that wanted to enter the U.S. market. Rather than set up shop to compete with Sheth, they realized VMS had created a unique offering with a layer of value-added services that would be difficult to imitate. They decided to acquire VMS for 7.4 times EBITDA.

If you find yourself clinging to the “one-stop shop” sales message, consider evolving to something that truly differentiates you in a world where Amazon (and its various e-tailing competitors) will ship you just about anything, anywhere, overnight.

For more free information on Creating A Business Owner’s Dream Financial Plan, you can listen to a free, eight-part series we did exclusively for business owners. The show is also available to subscribe to for free via iTunes.

View all posts by Scott Plaskett 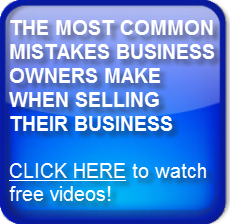 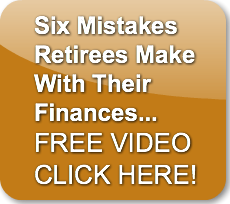 No comments to display